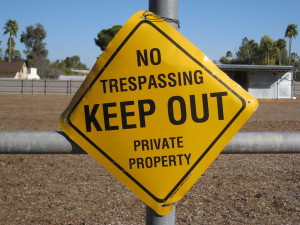 With implementation of the EU Data Retention Directive the European Commission set up an „Experts‘ Group Electronic Data Retention“, refering to commissions decision from March 2008. This group should have been responsible – beneath others – for generating an evaluation. The therefore developed document did not come up to that, what might be called an „evaluation“ … but this shall not be the point of this article.

The experts group has been closed with end of 2012. Til than it mainly worked behind closed doors, without any member from civil society and only 2 out of 25 former members could claim to be elected democratically. Law enforcement authorities and representatives from telecommunication industry dominated that group.

The idea of this group is founded in a note within the Data Retention Directive. This note no. 14 says:

„Technologies relating to electronic communications are changing rapidly and the legitimate requirements of the competent authorities may evolve. In order to obtain advice and encourage the sharing of experience of best practice in these matters, the Commission intends to establish a group composed of Member States’ law enforcement authorities, associations of the electronic communications industry, representatives of the European Parliament and data protection authorities, including the European Data Protection Supervisor.“

This is important, as the perspective of „evolving legitimate requirements“ seemed to be removed a little bit from the experts perspective. Taking care for smoothly, frictionless, cheap and effective data retention was more on topic. It’s like putting blinkers to all „experts“, not to challenge the rightfulness of the whole data retention machine.

Another informal, private and non-public request had been done in the middle of 2011. Unsuccessful again.

Some weeks ago it came out, that EU-Commissions plans to re-implement the experts group, which had to include a new formal commissions decision. After a small discussion on german mailinglist of „AK Vorrat“ on March 27, 2013 I sent a letter to Mrs. Malmström.

I tried to explain the urgent need to change structure and work methods of the experts group, if the phrase „expert’s group“ is being meant seriously. I asked for more transparancy the the opening of the group for people from civil society, as no one else had been able, to open up a critically discussion concerning the sense and rationality of data retention at all – a criticism including competence and sanity as well.

Though not getting any answer til now, a new decision of European Commission from April 18, 2013 went public a few days ago.

This decision is to re-install the „Experts‘ Group Electronic Data Retention“ and – having a short view on its content – it seems, that the group opens now for civil society a little bit more than before.

But there is a „call for applications“ annexed to the decision, that contains following criterias:

The European Commission does not like critical civil society to intervene in practicising a clean, efficient and effective data retention.

But I am still waiting for an answer from Mrs. Malmström.

Blog post by Micha – Opinions voiced in this post reflect the author’s personal point of view. And please apologize my bad abilities for translating german into english! :)